The Truth About Being Addicted To Chocolate

Does the thought of chocolate make you swoon? Do you feel woozy with hunger just by catching a whiff of chocolate? You might just be addicted to chocolate. Don’t think you are alone. When I was young and started working my first job, I would spend the majority of my earnings on the stuff. I ate so much in fact that even my skin started to suffer. At the time, there wasn’t a true diagnosis for chocolate addiction; thankfully times have changed and it is recognized right along with an addiction to internet, television and other things.
In my practice I came across a client who termed herself a chocoholic. She was regularly hypoglycemic and admitted to getting high from eating chocolate. It’s hard to image that the stuff can have that effect, but it’s a proven fact that chocolate contains natural ingredients the effect serotonin levels. During our sessions, it came to light that she gorged on chocolate when faced with situations that caused her stress. Like many people facing addiction, her eating mass amounts of chocolate was her body’s response to anxiety. Granted it’s much better than smoking or drinking, but it still holds long term negative side effects. As a child, her rewards and punishments were based on food. The more extreme end of that would be when her mother would weigh her before each meal to determine if she would be allowed to eat that day.
This abuse turned her to a cycle of adult binging and purging which destroyed her self esteem. Food had become the controlling factor in her life preventing her from looking at situations in a normal way. During our sessions, we worked though a lot of these issues to help discover and limit the effect of the emotional triggers that caused her to binge on chocolate.
I am sure you are wondering how this may relate to you. Chocolate addiction, like any other addiction is more than a simple habit in most cases. Some clients are able to apply hypnotherapy to assist in removing the habit, but in cases where the issue stems from emotional pressures additional help is needed.
Another one of my clients admitting to being addicted to sugar; specifically chocolate, and he heard that I might be able to help him via hypnotherapy. After speaking with him at length I discovered a deep dissatisfaction in his home life. He and his partner though living together had not been intimate over the last five years. I told him that he most likely has an addiction to chocolate rather than simply a sugar habit. After receiving that bit of information he wanted to stop attending our sessions. Instead of dealing with the issue he requested that we not focus on that. I informed him that we could work on other parts of his life, however without working on the main issue, his habit would remain.
At the time he wasn’t ready to deal with the real issues which I had to respect as a professional. My role is to suggest treatments that may help a person with their stress, but not to force a person into dealing with an issue before they are mentally ready. He wanted to work only on getting rid of his chocolate eating habit and nothing else. It’s entirely possible that he has gotten rid of that habit, but more likely than not it has been replaced by another one.
If you are addicted to chocolate and the root cause is some form of emotional stress, only working to get rid of the habit won’t prevent you from replacing it with another habit. The human mind is a pro at creating loopholes. This is the same reason many people who stop smoking or drinking turn to other habits such as eating. This all leads to weight gain in the end. If you want to lose weight, feel better, or just increase your self esteem treating the cause is the only way to cure the symptom.

'As a newly diagnosed fatty liver sufferer I found your article very helpful. I knew nothing about this disease. Nor are the doctors very helpful.  Thank you once again.' 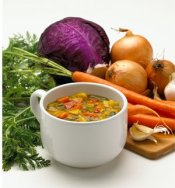 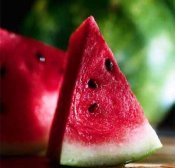 COPYRIGHT © 2009-2020 BY HEALTHY-DIETPEDIA.COM. ALL RIGHTS RESERVED. THIS WEBSITE IS NOT INTENDED TO SUBSTITUTE FOR MEDICAL ADVICE AND HAS NOT BEEN EVALUATED BY THE FDA OR AMA. CONSULT A PHYSICIAN BEFORE STARTING ANY HEALTH REGIMEN. TERMS & CONDITIONS, PRIVACY POLICY.